Casey Neistat and his buddy, Jesse Wellens hit the streets of New York City with a tremendous Halloween prank. New Yorker’s were in awe by the Aladdin and Magic Carpet sighting. Go behind the scenes and see how they filmed it.

A great creativity mixed with an impressive costume. They even picked a skateboard that wasn’t loud enough to give away the surprise!

As always, sound is behind a great video. This video is no exception, with an impact-driving electro-swing remix of “Friend Like Me” from “Aladdin” (done by Sim Gretina). The remix of Robin Williams’ voice is yet another warm addition throughout the piece, serving as a reminder of what a dynamic character he was, especially as Genie.

Yet again, Neistat and Wellens have created a video that’s both endlessly entertaining and simple. Go create something. And Happy Halloween!
In the meantime, check out skateboard lessons in New York also and maybe you could learn how to ride a carpet, like this.

See Behind the Scenes Here: 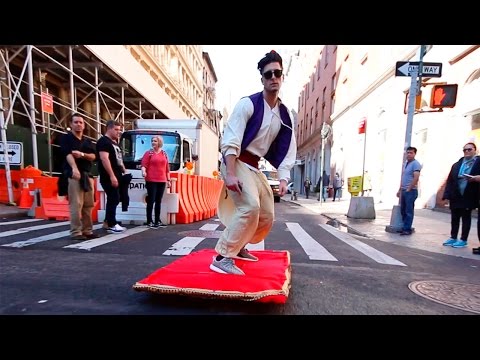 The Importance of Persistence in Skateboarding

Jim Greco, a team-rider for Baker skateboards is documented in interviews talking about the number o[…]